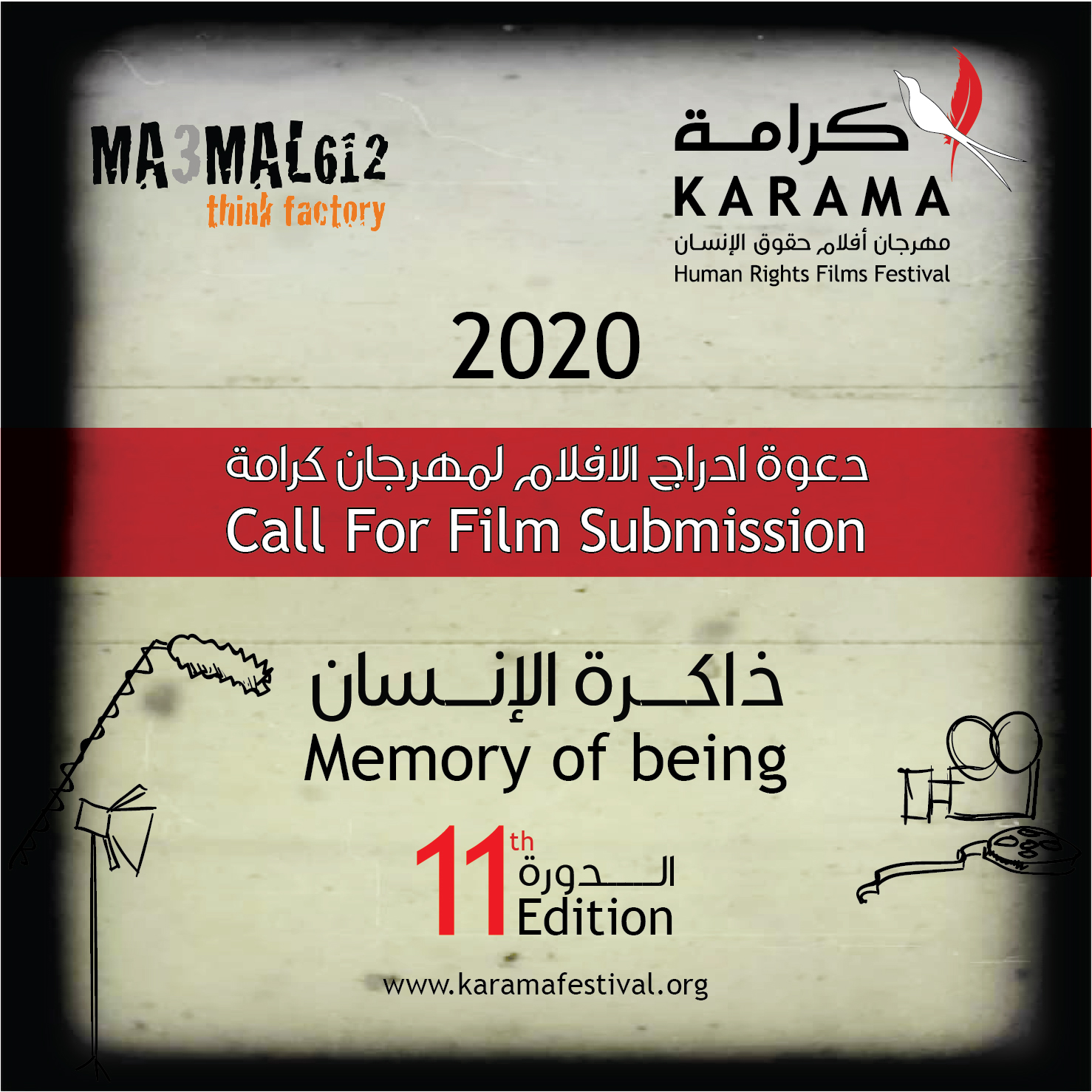 You can also submit your film via www.clickforfestivals.com

Please read these guidelines and regulations in their entirety & then click on 'I Agree' to go to the film submission form.

Karama Human Rights Film Festival organized by M3mal612-Think Factory announces the launching of its 11TH edition’s main events for this year 2020 in December.

The festival in its​ 11th edition this year will select human rights ​films on topics of memory and archive ​that are uniquely significant to the Arab region; films that document or depict the changes and transformations that took place in the past year across the region and across the rest of the world, tackling topics of social justice for the elderly and their right-to-healthcare.

We are currently accepting entries for films of the following genres: short fiction, short documentary, short animation; produced after 2017. Submission deadline is the 30th of October 2020.

I Agree, Go To Form