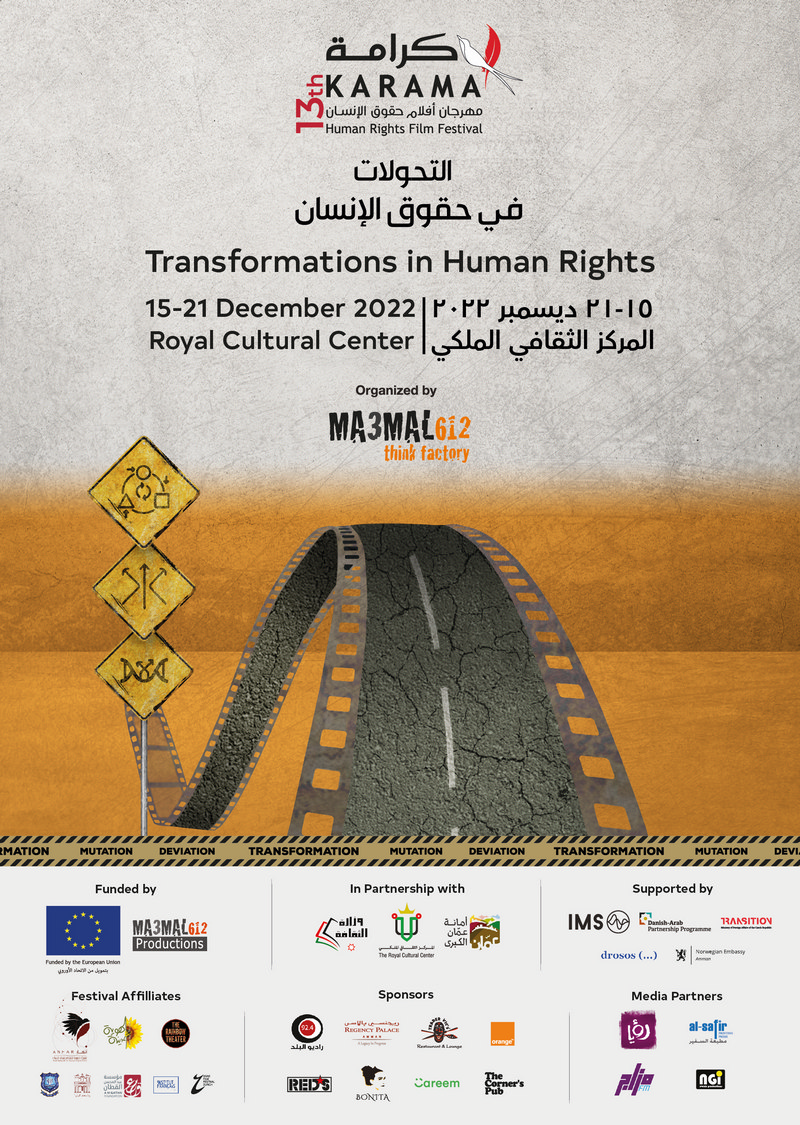 Karama Human Rights Film Festival - organized by Ma3mal 612 Think Factory - announces the launch of its activities for the year 2022. The 13th Edition will be held from 15-21 December 2022.

The theme of this Edition comes under the title "Transformations in Human Rights", with the aim of examining human rights’ priorities and changes in the world in the post-pandemic era - the economic and political transformations, deviations and mutations.